Let me start by stating that I’m a big fan of Stacey Abrams. I admire her intelligence, tenacity and success. I began reading While Justice Sleeps, believing it would reflect some of these strengths. And it did.  When the book opens, we meet Howard Wynn, a testy, but incorruptible Supreme Court Justice who mysteriously lapses […]

Although Alice Randall’s Black Bottom Saints is not an epistolary novel, it read like a love letter to this famous black Detroit neighborhood. The narrator Ziggy Johnson is a dapper, African American man-about-town. He writes a weekly column for the Michigan Chronicle and emcees at a popular nightclub. But Ziggy’s proudest endeavor is his School […]

There are several wonderful things about the book club I’ve been in for many years: thirteen women get along, we usually quickly agree on each other’s book suggestions, and when we don’t, it’s friendly and amicable. Perhaps the best thing, besides friendships that have grown over years is that we read selections that I’d otherwise […]

Until I read Bryan Stevenson’s gut-wrenching book “Just Mercy,” I thought I was well informed on inequities in the American justice system. How wrong I was, particularly about the South, but also in many other locales throughout the country. Police, prosecutors, jails, judges and the public frequently look the other way or operate with impunity […]

****Review, Red at the Bone, by Jacqueline Woodson

Woodson’s compact novel, “Red at the Bone” is a tenderly written multigenerational story. It covers love, sexuality, sorrow, independence and disappointments in an upscale black American family. Having attained status and material comforts, that many black people aspire to, does not relieve this family of past history and heartache that is destined to follow them.  […]

The opening premise for Catherine Ryan Hyde’s novel, Take Me With You, quickly drew me into what I sensed was going to be a different kind of feel-good story. Early on, we meet August Shroeder, a science teacher whose teenage son Phillip has recently died. August is driving cross country to Yellowstone National Park to […]

The Long Take by Robin Robertson is a beautifully composed but dark narrative poem about Walter, a traumatized World War II veteran. Walter, we’ll learn in emotionally savage flashbacks, has witnessed and participated in the most horrific aspects of war. Thus, he’s depressed, angry and mentally scarred from PTSD— a condition his generation called shell […] 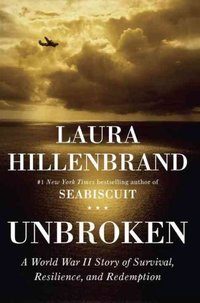 About fifty pages in, it becomes obvious why Laura Hillenbrand’s “Unbroken” has topped bestseller lists for three years and is again at number one in this week’s New York Times. It’s a riveting account of what American POWs endured in Japanese captivity during World War II. The book focuses on Louie Zamperini, a colorful character […]

LIFE IS A WHEEL, by Bruce Weber is a memoir of his 4000-plus mile, 79 day bicycle ride across America in 2011. At the time, Weber was a New York Times obituary writer and a very good one. The paper serialized his journey with many readers sending him messages along the way.   The author […]