What We Learn When Writing a Memoir

Recently, when a neighbor’s son started medical school, he told me he would have to learn 15,000 new words in the next four years. What I found most interesting was that as a college graduate, his vocabulary already consisted of approximately 15,000 words. 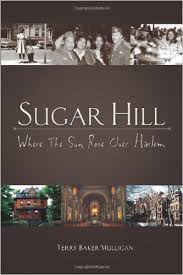 Although I don’t have a precise number of new terms, skills or techniques I mastered during my memoir writing process, I mention this young man’s experience because it reminds me of the steep learning curve I climbed while writing my book.

Most people take a few years, maybe even ten, to write a book. My memoir, Sugar Hill Where the Sun Rises Over Harlem describes growing up in Harlem from approximately 1952-1962. I first started working on the book in 1974 when my memory of Harlem’s mid-century transitions, and mine, was still vivid. I finally finished it in 2011. Sugar Hill was published in 2012.

That’s exceedingly slow, but years of delay worked in my favor because I had a story to tell, but needed to learn how to write it. I took writing classes, workshops, attended conferences and joined writers groups so I could get critiqued. Then I had to learn how to accept the criticism. I read as many books as possible, especially memoirs, and took notes on what I thought worked well and what didn’t.

In 1995 two memoirs were published: Mary Karr’s The Liars Club and James McBride’s The Color of Water. Karr’s growing up around East Texas oil fields, honky-tonk saloons and insanity, couldn’t have been more different from mine, yet we had much in common. I admired her honesty, identified with her vulnerability and above all, this resilient, tough-talking Texas kid reminded me of Harlem. She also made me realize that I needed to come up with the right voice for my Sugar Hill story. At the same time, McBride’s unique and entertaining story about his quirky Orthodox-Jewish-mixed-race Harlem heritage reassured me that I too had a tale worth telling.

King is referring to those parts of a manuscript that we fall in love with, even if they’re killing the story instead of helping it. Sometimes it’s a character, a phrase, an image, a joke, a chapter, etc. When I killed my darling passages and a mostly irrelevant chapter that had been hanging around for some twenty-five years, I finally produced a workable manuscript.

The path to writing a memoir can be more reflective and not so long and circuitous. The award winning writer Rick Skwiot describes his process as follows:

“One central thing I sensed as I wrote both my memoirs is how malleable our lives are. When you write a memoir you realize there are two first person characters in the book: you at the time of the action and you as the narrator. And they are two different people–as you can see in Two Years Before the Mast, Out of Africa, Angela’s Ashes or, in my case, Christmas at Long Lake. As you start to see the shape of your experience and how others helped make you who you are, you also see how you would have been a different person had you been influenced by other people in other ways. We are all walking history books, a compilation of all those experiences and influences, always working to write the next chapter…”