What about a Play Featuring Alexander Hamilton and Bill Clinton

In July, ‘Hamilton,’ the hugely popular Off-Broadway hip hop musical about Alexander Hamilton will move to Broadway. Now, there’s also ‘Clinton: The Musical,’ a comedy that parodies President Bill Clinton’s highs and lows. Besides Hillary running for president, why this sudden interest in an impeached president who’s been out of office fifteen years, and a long dead treasury secretary? If you set aside the smirks and smutty jokes, we remember Bill Clinton as a successful and popular president, even while being impeached. And who’s more fascinating than an Arkansas white guy, with a good ol’ boy drawl, thicker than a side of beef, who was born in a segregated town and is known as “America’s first black president.” 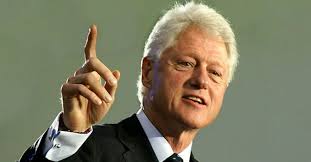 And Hamilton? For one, it’s way past time America learned about this “forgotten founder” who, perhaps more than anyone else — once the Revolutionary War was won — turned America into a democracy. It helps that ‘Hamilton’ is wowing young and old theater-goers and that Lin-Manuel Miranda, the play’s creator makes a compelling case that Hamilton’s story is similar to that of rapper Tupac Shakur. They both believed in speaking the truth, and calling out their detractors, and for that they died young.

What’s my interest? Both men remain enormously fascinating with similar backgrounds, temperament, physical characteristics, policies, sex scandals, etc. And, who couldn’t admire their ability to bring enemies to the negotiating table to resolve America’s problems, a skill sorely lacking in government today. What would it be like, I wondered, if these two like-minded politicians met in 2016, in Harlem where Hamilton’s home still stands and Clinton currently maintains an office?

To find out, I wrote a novel, “Afterlife in Harlem,” in which First Gentleman Bill Clinton and First Treasury Alexander Hamilton share history, politics and gossip of their respective centuries. Of course, they also have a little fun, romping around Harlem. However, what these two do best, with help from a charming seven year-old African American orphan, becomes an act of love and redemption for both the living and dead.