“Mega-developer Scott Metzner, head of Janus Property Company, beat out 16 competitors in the bidding war for one of the biggest projects — converting the dilapidated 280,000-square-foot former Taystee Bakery factory into a new-age home for startups, eateries and shops.

The National Urban League has its own vision for a new headquarters at 121 W. 125th St.

Janus is spending around $500 million on 11 buildings between Amsterdam Ave. and Morningside Ave. — part of an effort to turn west Harlem’s so-called “Factory District” into a mini-Dumbo.”

There’s a new book out that focuses on “a largely underexplored aspect of Harlem’s rich history: the years just before, during and immediately after World War II, a period of optimism, creativity and turmoil,” in the new book “Harlem Nocturne: Women Artists and Progressive Politics During World War II” (NYT)

Ladies who lunch: Michelle Obama hosted a luncheon in Harlem for spouses of UN Heads of State – even including a stop at the Studio Museum in Harlem (MSNBC) 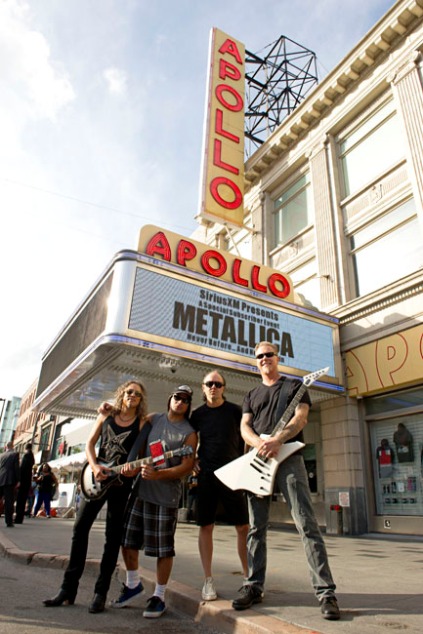 Yep, that’s Metallica pre-show. They played to a raucous audience at the Apollo Theatre on September 22.