A Book Discussion and Slide Show on These Boys Are Killing Me, at Innsbrook, a Lake Community in Warren County, MO

Back in July, I gave a talk with a short slide show on THESE BOYS ARE KILLING ME. The photos readily show what the book covers–my two sons off-the-grid backpacking trips that, between the two of them, lasted 18 months. The went alone and at different times. They visited 34 on 3 continents, and I worried a good deal about their safety. Neither son had a phone but they emailed me when they could. For further reading, the ebook will come out on October 9th, at the bargain price of 99¢!

After taking a great camel tour of Giza, my son Brennan later met Essan, a friendly cabdriver at a cafe. He told Essan, that the only bad thing in Cariro was that tour guides hustled people relentlessly. Essan told Brennan that wheeler-dealers were all over Cairo, and that he should tell them to “Imshee.” Brennan thanked him and showed Essan how to open a gmail account and hoped they could stay in touch.

Colin, the other son, saw this young woman in Lhasa, Tibet. She had been kicked out of her home for getting pregnant, and was panhandling. He was staying at a $2.50/night hotel, and ha little money, but  gave her food and some money. She thanked him by letting him take this photo. 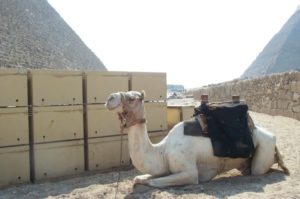 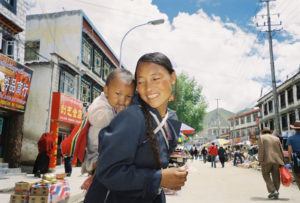 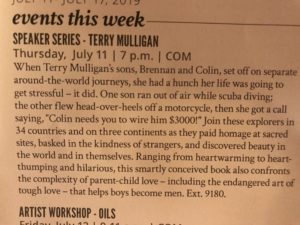